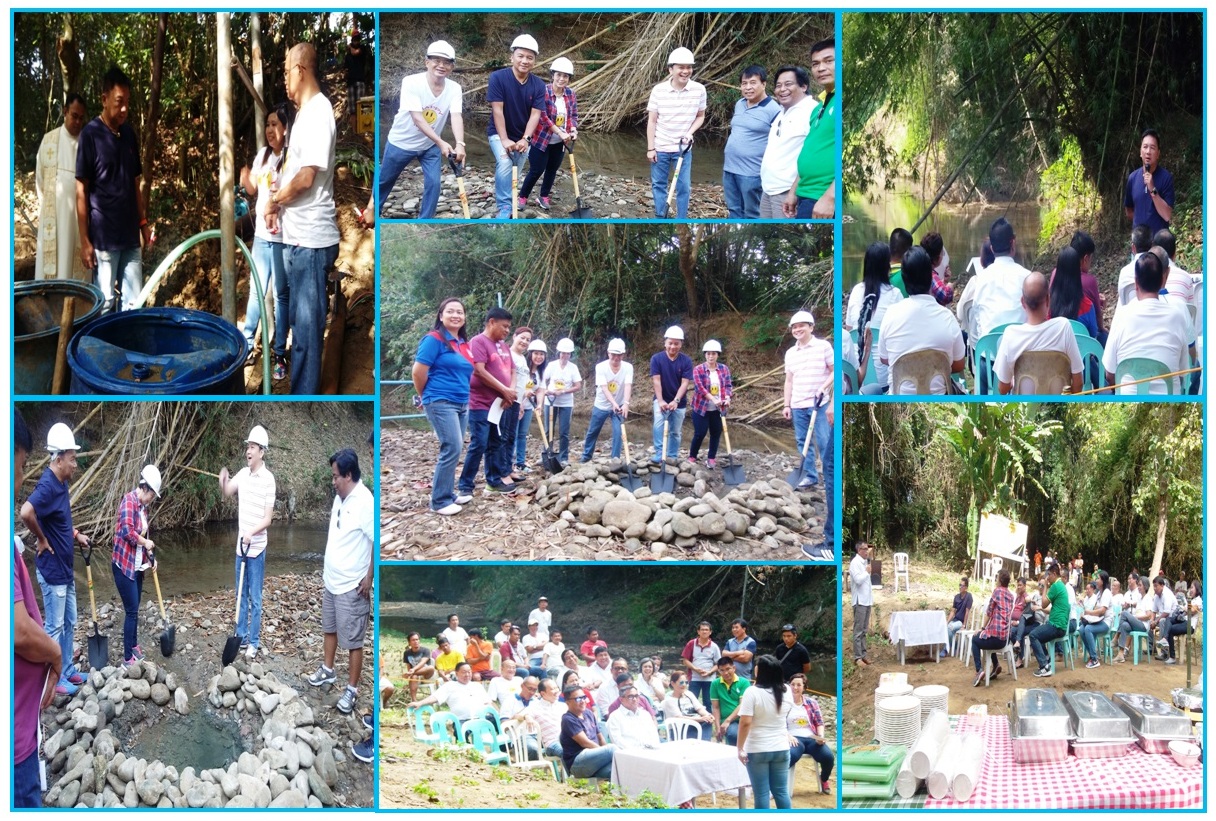 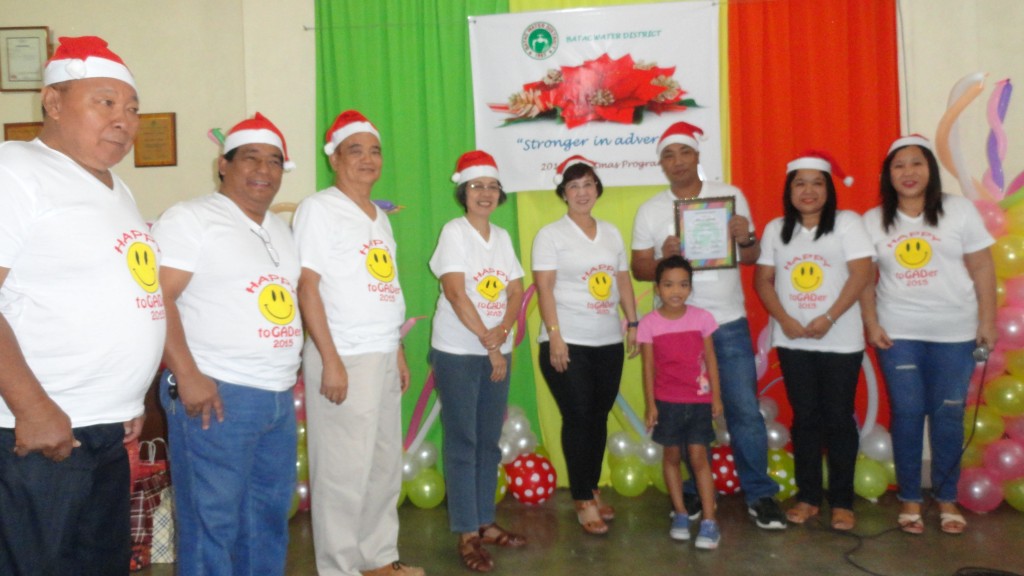 Mr. Joel A. Castro, Customer Service Assistant D was adjudged 2015 Top Performer in Marketing Award of the Batac Water District. The basis for the selection was pursuant to Board Resolution No. 26 series of 2015. The award was the highest award for the year 2015 that highlighted an employee who exhibited impressive marketing skills by recruiting at least 30% of the projected market growth for the said year. Other awards given to employees were Cost Effective Solution Award, Most Resourceful Employee Award, Commitment to Service Award, Most Improved Award, Hard Worker Award, Helping Hand Award, WE Star Award, Believe and Succeed Award and Greenhorn Award. 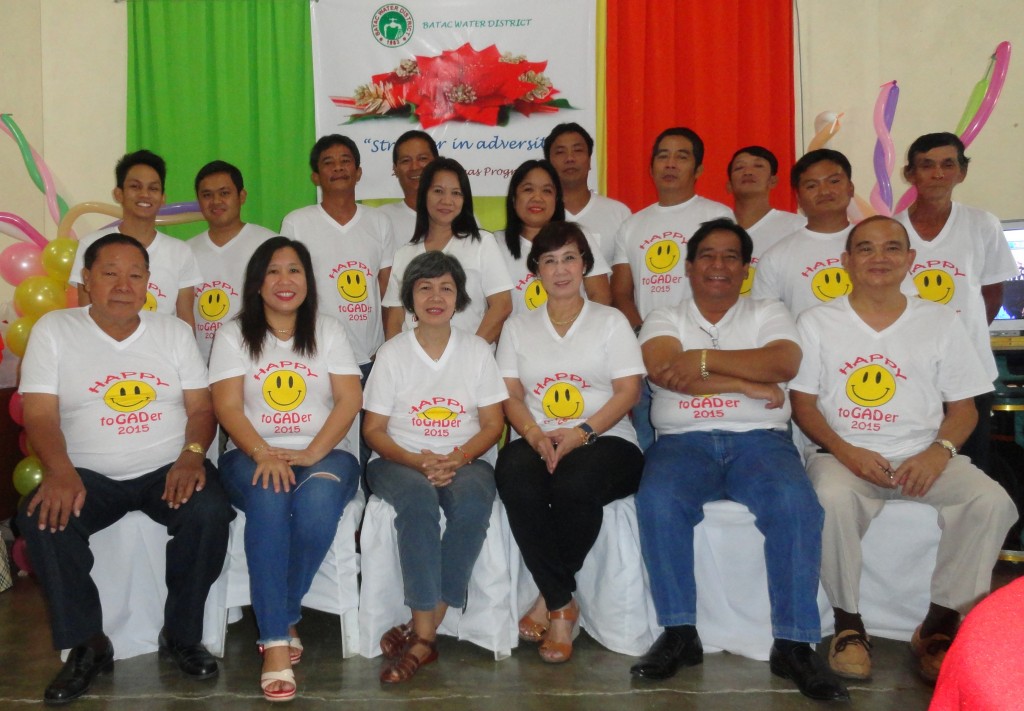 Anchored on the theme, “Stronger in Adversity”, the Batac Water District celebrated its Annual Christmas Program on December 22, 2015. The theme assured the agency of the passion and dedication of a good workforce to meet its mission despite the many adversities it faces every day. The “Smiley” logo of the T-shirt uniform is a significant symbol that breaks down barriers in achieving the goals of the District.